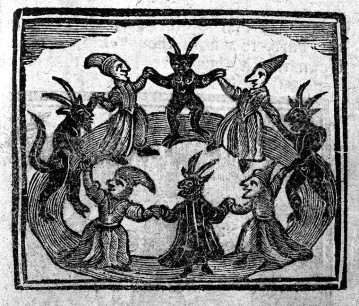 As noted in my last post, stories from the Court of Star Chamber’s proceedings can offer remarkable glimpses into early modern law and everyday life. Given the wide, wide range of wrongs the court was thought competent to address, and given that it used written depositions (unlike oral pleadings of common law courts), we can find in its archive an unusual richness of detail, on subjects of all sorts.

One example that might be of broader interest involves witches, but of the relatively rare male variety, and invokes again the complications of early modern ‘divorce’ – a subject explored in previous posts, for anyone who wants to read more.

In 1593, Henry Dawber brought to Star Chamber a complaint on behalf of Anne Roughley of Sutton, Lancashire, whom he described as a cousin. Anne could not bring the complaint herself, as it focused on Richard Roughley — a man who was still, legally, her husband (and married women couldn’t launch cases without their husbands), though it’s clear that Richard no longer considered himself married to Anne. Anne’s complaint? That Richard had hired a local cunning man to have her and her pregnancy terminated. Having no respect for the Queen’s laws against ‘unlawful sorsaryes, witchcrafts, and inchantments’, nor any respect for ‘the natural society, love, and godly fellowship that ought to be had, continued, and used between man and wife’, but seduced by a wicked spirit that had possessed him, Richard had written to one Roger Barnes for (what Anne described as) help in killing the spouse from whom he’d separated.

The bill of complaint described Barnes as an ‘inchanter, witch, or charmer and great practiser in the black arts’. It contained what it claimed to be the text of a letter from Richard Roughley to Roger Barnes in which Roughley asked whether Anne was pregnant and when she would die. Richard also wanted to know how long he would need to wait before he could marry someone he called ‘Miss Jane’. Strictly speaking, the letter did not actually ask that Barnes kill Anne. But according to Anne, not long after he wrote it, her estranged and angry spouse said to her that she or her child or both of them would soon be dead, ‘or otherwise he the said Richard Roughley would never more trust witches nor wise men.’ And not long after that, Anne did deliver her baby: stillborn. She had been near death herself, and continued in fear of her life, she said; she maintained that Richard now sought to supplement the sorcery with attempts to force her out of the country, to ‘carry her forth of your majesty’s dominions.’ 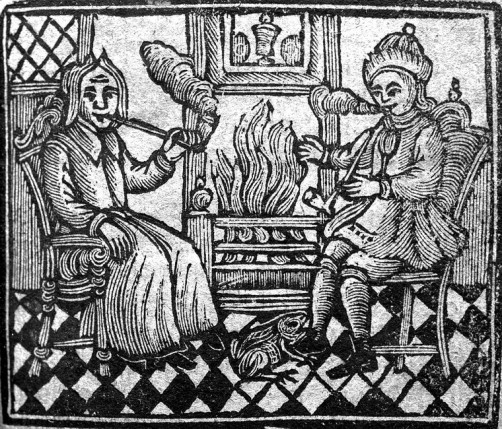 Richard’s demurrer maintained that Anne was his ‘late wife…long since sequestered and divorced from the said Richard Roughley for many and apparent adulteries.’ He described Henry Dawber, who filed the suit on her behalf, as naught but ‘a poor serving man, and nothing akin or allied to Anne’, a man of little means and less credit amongst his neighbours. Dawber acted, Richard said, merely at the instigation of one of Anne’s lovers. Richard denied the accusations, of course. He also maintained that everything in the complaint save for the death of the child was covered by the most recent general pardon; as for the charge of death by means of witchcraft, that must be tried in a common law court, he said, not in Star Chamber.[1]

So, what happened? Notoriously, the formal records of Star Chamber judgements disappeared after the court was abolished in 1641. But a manuscript now in the British Library records the opinions of common law judges on some of the cases brought before Star Chamber. The two chief justices sat on the court anyway; they and the other common law justices were often asked to clarify points of law, including whether a case ought to be tried in Star Chamber or elsewhere. In this case, Justice Fenner side-stepped the question of whether Dawber had any standing to file the bill on behalf of Anne (‘sometimes wife of the defendant, now divorced’), but he grudgingly agreed with Richard Roughley’s other points: Roughley’s actions were either covered by the last pardon or not determinable in Star Chamber, even though the justice thought them ‘very lewd and devilish’.[2] The case came to an abrupt end; if Anne was to get help in her battle with her estranged husband, it would need to come from another quarter. Star Chamber’s remit was broad, but not so broad as Anne required. [All images are from The History of Witches and Wizards (1720), courtesy The Wellcome Collection. CC BY.]