On the afternoon of Friday 27 September 1895 news broke of the discovery of the body of a young woman lying dead on a bed at 10 Denmark Street, Soho. She had been shot in the heart; beside her lay a man who, though seriously wounded in the head, was still alive. Journalists descended on the house, probably even as the survivor was being removed to hospital, and were soon reporting that although the initial assumption was that this was a case of murder and attempted suicide, the landlady of the house thought there was every reason to believe the woman had committed suicide and the man then shot himself.

Quickly dubbed the Soho Tragedy,[1] this incident was national news for the next two months. The dead woman was Rose English, a 21-year-old from Suffolk at first thought to be an actress but who was in fact a farmer’s daughter whose life in London was supported by a wealthy grandmother. The injured man was her new husband, Cyril Hewlett Dutta, aged 19, a West Indian medical student of Indian heritage whose wealthy father had disowned him because of his “association” with Rose. Further details of their ill-fated romance emerged during the inevitable inquest, and Cyril was arrested for murder pending further investigation.  As the newspapers noted, “it is not quite certain at present whether it is a case of murder and attempted suicide, or an attempted double suicide.”[2] It was up to the coroner, Dr George Danford Thomas (1846-1910),[3] to find the answer.

My interest in this case lies not with the unfortunate interracial couple, important though their story is. Rather, I am intrigued by two historical questions raised by the shootings: how was the mystery of what happened in that room solved; and how much did it cost to solve it?

It was the financial side of this case that first drew my attention, because it was associated with an earlier mysterious death in the summer of 1895. When wealthy widow Laura Moncrieff Robertson Scott Campbell died suddenly at the age of 42 on 18 June, she was under the care of two doctors and death was certified as being due to enteritis and a blood clot in the heart (caused possibly by a bicycle accident). But she had suffered internal haemorrhaging for eight days and rumours soon began to circulate. The Home Office was notified and her body was exhumed; an inquest opened on Saturday 29 June. By then the newspapers were well aware of what had really killed her: “The allegation was that an illegal operation had been performed.”[4] So how did they know this?

“Dr Thomas Bond, of Westminster, has made an examination of the body, and some idea of the nature of the suspicions entertained in the case may, perhaps, be gathered from the fact that Professor Pepper, a lecturer at St Mary’s, and a high authority on obstetrics, assisted in the examination.”[5]

And here of course is the answer to my first question. These mysteries were solved by the medical evidence produced at the inquests, and Thomas Bond (1841-1901)[6] conducted post-mortem examinations of both women. More prosaically, this quintessential forensic expert was accustomed to being paid for his work, and over the following decade the Home Office and Metropolitan Police negotiated the rate at which such expertise should be recompensed.[7]

Sufficient Charge for the Services Rendered

As early as 1893 Bond was concerned that the “old scale of prices is certainly not a sufficient charge for the services rendered” because “my position now as a forensic expert is quite different from my position when the scale of fees was arranged.”[8] By June the Home Secretary had sanctioned a table of fees personal to Bond, covering everything from post-mortems conducted within the London district (3 guineas) to writing reports on the results of microscopical examinations (1 guinea).[9] The normal fees paid to medical witnesses had not changed since they were instituted by the Medical Witnesses Act of 1836: a coroner could pay – to a single doctor per inquest – a guinea for giving his evidence or 2 guineas if he performed a post-mortem.[10] Clearly Bond was in a special category, but these costs were soon to prove too low for in the summer of 1895 he was faced with the deaths of Mrs Scott Campbell and Rose English.

On 1 July 1896 Bond submitted his account for these cases to the Home Office, amounting to 18 guineas for the abortion case alone; for the Metropolitan Police the total sum was £25.4.0, an amount met with consternation. Months of wrangling followed as to how the bill should be divided between the Home Office, Treasury, coroner and the police, but there does not seem to have been any serious doubt that Bond deserved the fees that he asked for. The Chief Surgeon to the Metropolitan Police, Alexander MacKellar, supported him:

“I recommend that he be allowed the special fee in the case of Mrs Scott Campbell for his reports and also five guineas a day for his attendances at the inquest. The reports I am informed were very long and important, involving an attendance all day at the inquest to the neglect of everything else. The report could only be made after reading all the evidence of many witnesses and written opinions, involving considerable work and responsibility, a very tedious and arduous post-mortem on a septic and very decomposed body, another long report and attendance.”[11]

The debate was still on-going in May 1897, when a memo from the Met Police revealed that in the case of Rose English, Bond had been called in at their request but the coroner could not pay him because he had the power to pay only one expert who he had instructed himself (Prof. Augustus Pepper), and as Bond had been called by the police the County Council would not pay him.[12] By the end of that month the Home Secretary had acquiesced, agreeing to pay Bond 18 guineas for his work on the Scott Campbell case but noting that the scale of fees agreed in June 1893 should be “strictly adhered to in future”, and that fees that exceeded the scale “should not be charged without the previous sanction of the Commissioner or Assistant Commissioner, or unless an explanation of such a nature as to justify an exception is furnished.”[13]

Fees and the History of Medico-Legal Practice

Weighed down by illness and associated worry, Thomas Bond committed suicide in June 1901.[14] By the following spring the Metropolitan Police had begun to discuss the importance of asking the Home Office to appoint a successor, noting that the table of fees agreed with Bond would have to be revisited “whenever a vacancy occurred”, and that Pepper would be a suitable replacement.[15] The impetus came from the highest level: the new Commissioner, Edward Henry (1850-1931) and his Assistant Commissioner (Crime), Melville Macnaghten (1853-1921). Within weeks of taking up their new posts in March 1903 Macnaghten had approached Pepper, who agreed to replace Bond (the two men had “a frank discussion of the question of fees”) and Henry reported on this to the Home Office, noting his wish to secure the services of “a medical jurist of the first rank”. The agreed fees were significantly higher than Bond had earned, including 5 guineas for “visiting and inspecting scene of criminal occurrence”, 5 guineas per day for attending the Central Criminal Court, and 10 guineas and upwards for a post-mortem.[16] In many complex murder cases that followed, Pepper (1849-1935) proved himself well worth the money paid by the police and Home Office.[17] 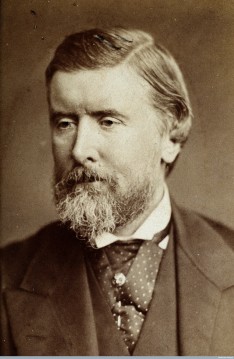 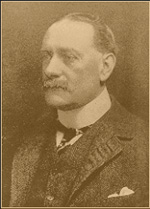 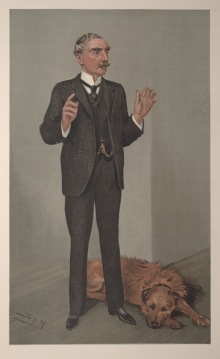 The fees and costs associated with medico-legal work have not been systematically studied,[18] but it is clear that they offer another route into the history of forensic medicine and medico-legal practice: since murder was relatively uncommon, most of the work concerned cases that never went further than the coroner’s court. Moreover, the importance of the police in defining and deciding who was an expert witness (in the modern sense) must not be underestimated. Were such hefty fees paid in other police jurisdictions? Were experts of Bond’s calibre recognised elsewhere or earlier in the nineteenth century? Who were the doctors chosen by coroners to provide medico-legal evidence? These and related questions lie at the heart of my current research.

What of Mrs Scott Campbell and Rose English?

At the inquest on the former it emerged that neither of the doctors who attended at her final illness had any prior professional relationship with her. They accepted the explanation she gave for her weak condition – a chill, over-exertion (cycling), and an existing heart problem, and believed the death certificate was justifiable. Pepper’s evidence (Bond was not mentioned) proved there was no enteritis; rather, death was from blood poisoning due to lacerations caused by an instrument. The jury brought in its verdict “that abortion had been illegally brought about, but by whom there was no evidence to show.”[19]

The inquest on Rose English met on three different days, and the medical witnesses were called to the stand twice, having given apparently contradictory evidence. Unlike the two local doctors who attended the scene, both of whom thought she might have shot herself, Pepper stated that although Rose’s wounds might have been self-inflicted it was highly improbable. But a local doctor added for good measure that she suffered from “a certain complaint which was well known to cause mania, and persons so affected had been known to commit suicide.”[20] At the resumed inquest on 12 November Pepper’s opinion was ignored: now the local doctors testified that Rose’s wound was more likely self-inflicted given the position of her body and the blood stains on the bed. However it was possible she allowed Dutta to shoot her. Either way this suggested suicide and the jury reached its verdict: suicide during temporary insanity.[21] Dutta, who seems to have made a good recovery, was released from police custody two weeks later.[22]

The reader is left to wonder just what the coroner and police gained by calling in Pepper and Bond on this case – but that is a question for another time.

[18] For an overview of late nineteenth-century London debates about financial arrangements between coroners and doctors see D. Zuck, “Mr Troutbeck as the surgeon’s friend: the coroner and the doctors – an Edwardian comedy,” Medical History 39 (1995): 259-287.

Material in The National Archives is reproduced by permission of the Metropolitan Police Authority on behalf of the Crown.